The Dangers of Career Complacency 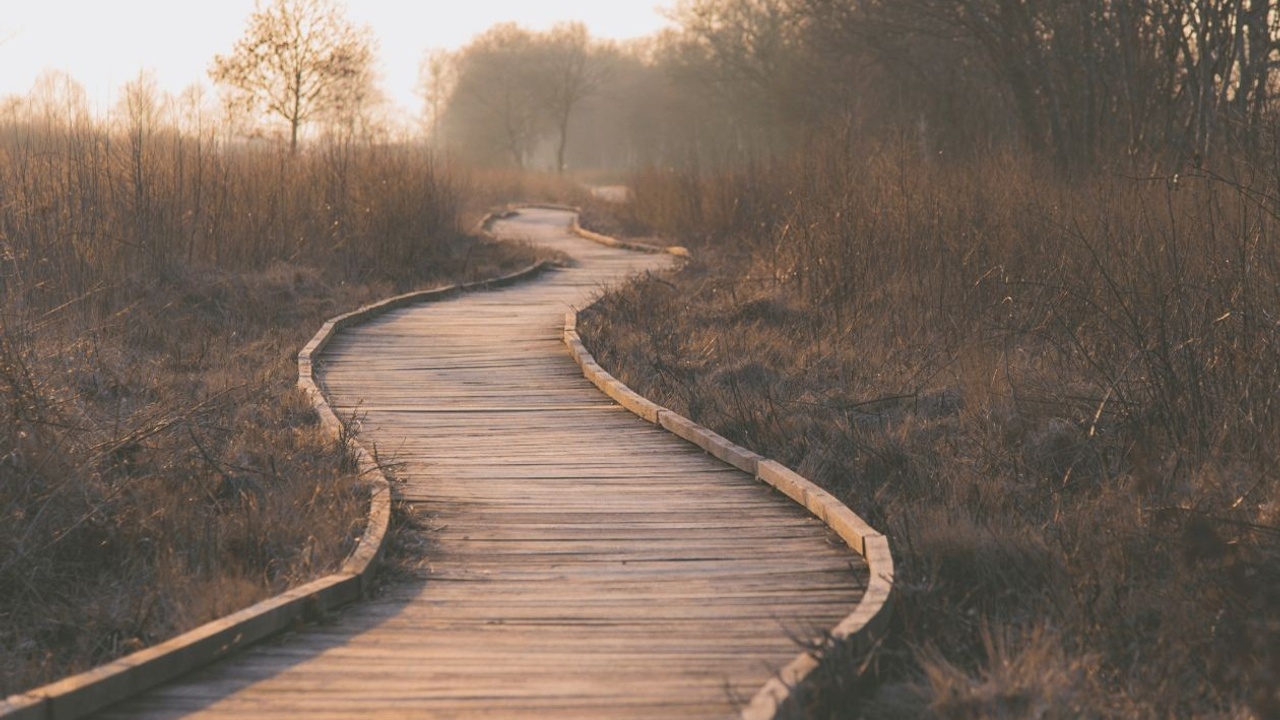 Let’s be blunt. It feels good to be wanted.

To feel desired. To be pursued. To feel valued.

An attractive person takes an interest in you—with a flirty smirk, a kind gesture, or a sweet gift. Hehehe. Are they looking over here? Hehehe. The attention feels good. I haven't been checked out like this in years. I still got it, baby.

It feels good to be loved.

But what if we’re being loved by someone that we don’t love in return? Or someone we find annoying or incompatible? I’m talking about zero connection. Do we feel objectified? Are we being stalked? What if they just paid us more to ignore that feeling?

Following The Path Of Least Resistance.

When left to their own devices, hikers heading toward a summit follow heuristic techniques. That is, they choose to zig and zag to avoid major obstacles such as hills, rough terrain, or a pit of rattlesnakes if they’re from my neck of the woods.

I’ve found this to be true of career progression as well. Except, the snakes in your career are way worse. Their venom will shame a decade or two of your life and their gaslighting will have you questioning why you’re even allowed to breathe.

With the acceleration of HR technology it’s seemingly easier than ever to identify talent, find new opportunities, and assess the right path to climb your proverbial summit. You no longer need to blaze your own trail. Instead, you can share a handful of buzzword descriptors, meet an influential executive or two, work for an established company, and simply wait for opportunities to find you.

But—that’s not the right approach.

Welcome to a boring career roadblock—outliers need not apply.

Once upon a time, there lived a nothing person aptly named Persnickety Milquetoast.

They were your typical tallish short darkish light-haired heavy set thin human. You know the type. Persnickety played by the rules and checked boxes as a good citizen does.

They blitzed into college with wide-open eyes and inspiration. They wanted to help others and change the world, maybe rescue dogs or open a health club.

The real world had other plans.

Society wagged their haggard fingers and asked Persnickety to obey. To comply and pay their dues. To take a less direct, zig-zagged path to the summit.

Persnickety begrudgingly obliged and even made good money as an intern at the same soulless software company that made the computer they used to cheat on their SATs.

No big deal, Persnickety thought. After all, the degree and the soulless job would only be temporary. Moreover, it would build a strong nest egg to support the life they really wanted.

Milquetoast saved money and did well. All to plan. Then anguish disguised as Serendipity came knocking.

“Hello, Milquetoast. Do I have an opportunity for you! Just do what you’re doing now… but with more pressure and a team! And you’ll need to work twice the hours—but you’ll also get 30% more pay! How good is that?! We need you. You’re the best. WE WANT YOU.”

“More is more—and that is good. I accept,” snorted Persnickety, only semi-defeated.

Serendipity came knocking 3-5 more times over the years. And dreams continued to punt down the line.

Fast forward. Persnickety now lives in a termite-colony condo just outside of every imagined metropolitan cityscape. They now live in the highest tower decked out with Ikea and a smart fridge that shows their Twitter feed. Hell, Persnickety may even be a model for the cover of the next issue of Fortune magazine.

They found a partner, had a few kids, and paid the way for a good family life. They go to Hawaii once a year! Woot. One could hardly complain about these first-world problems.

Persnickety has an epiphany in their dwindling years while sitting on a mountain of money.

Their life was both everything and absolutely nothing. No dogs were rescued. No health clubs were built. No dreams were obtained. Their family hardly recognizes them and their doctor is disappointed in how they handled stress.

And so we have a fairytale that leads everywhere but happily ever after.

Take A Stand. Be Proactive And Intentional.

If there’s a thread of common advice I’ve received from clients, it’s that nobody looks back from their deathbed wishing they had worked more. Especially working more for uninspired organizations that don’t align with their dreams.

I’ve also found that it’s not typically greed that traps many executives in their personal dystopia.

Rather, it’s survival and societal expectations that are often matched with spikes in ego and pride—and combined with a less intentional opportunistic approach to inbound opportunities. Like Milquetoast, they drift where the stiff wind blows them.

We need to strengthen our discipline to say no. Just because we can and we’re capable of doing something in our career, doesn’t mean we should.

I don’t intend to be so damn depressing. But it’s cloudy today and the coffee is weaksauce.

The moral is—when you wait for opportunities to come your way, you often get more of the same. The system is designed to trap you in the influence bubble you either fell into or chose to create for yourself.

The happiest executives take a stand and create the environment for their success.

Where Does It Start?

Most executives know how to go-to-market with their career, so to speak. The difficulty lies in what they actually want. It’s more philosophy and psychology and less strategy and tactics.

If you’re ready to get deep, I recommend reading the following in this order (consider it a mini-course / book or workshop)

0) Be scared and feel all the feels (these are optional)

1) Get clarity on your intentions.

2) Articulate your intentions in the wild.

3) Inspire others to share your intentions and better help you.

4) Define the boundaries of your intentions in realtime.

5) Be firm on your intentions and negotiate them, making sure your boundaries aren’t trampled.

Final note. There is a structured cadence that you can follow to transform your career. I’m studying the path in great detail to articulate as succinctly as possible.

Above is what I’ve discovered as the broad keystrokes. I also have roughly 100 pages of documented tactical ideas to share when appropriate.

This is shaping up to become something special. Thanks for reading.